The Red Chesterfield by Wayne Arthurson 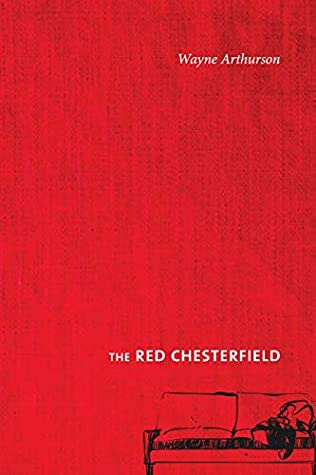 The Red Chesterfield by Wayne Arthurson
University of Calgary Press, October 2019
A delightfully odd crime novella told in vignettes.
A bylaw officer investigates a complaint about a yard sale, then spots an abandoned chesterfield nearby and then things go sideways because he also finds a severed human foot. But this story isn't about that mystery. It‘s about a man's relationship with his brothers and his girlfriend and …that intriguing piece of furniture that keeps showing up. 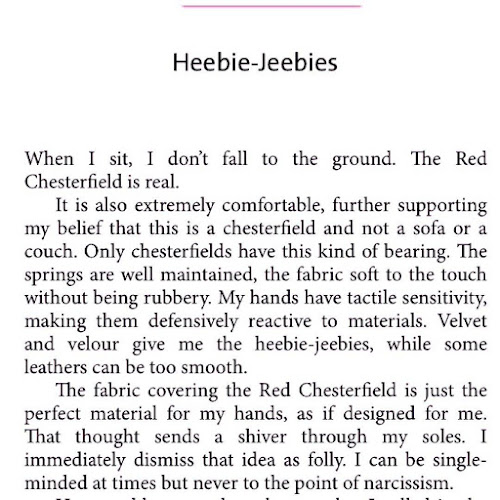 Wayne Arthurson lives in Edmonton and I've read his previous novels, so I knew going into this one that he is of Cree and French Canadian descent. In The Red Chesterfield, I enjoyed the way that M, the bylaw officer, is slowly revealed to be Indigenous:
Surrealism with gritty realism. I was entranced from start to finish.
Giller chances: MAYBE. An unusual premise, well executed. If novellas qualify, I can see this making the longlist. The Scotiabank Giller eligibility requirements don't mention novellas. Novels, graphic novels and short story collections qualify. YA novels, comic books and poetry collections do not. The Red Chesterfield does not appear on the Scotiabank Giller Crazy for CanLit list, but novellas can be considered a type of novel, right?
This post is part of a series. I'm on the Shadow Giller jury this year, so I'm reading as many qualifying Canadian titles as possible in order to come up with my own longlist prediction before the official one that will be announced on September 8, 2020. To see my other reviews that are a part of this project, click on the Shadow Giller tag. Also, please visit our Shadowing the Best of CanLit website to see what the rest of the Shadow Giller jury are up to. Thanks for visiting my blog.
Posted by Lindy at 8:27 AM

Thanks for the nice review. Though don’t expect Giller notice because it was not entered. The cost of the prize’s shortlist requirements are too cost prohibitive for many small publishers so many books are not entered. But thanks again.

It's my pleasure. I love promoting Canadian literature.