The Certainties by Aislinn Hunter 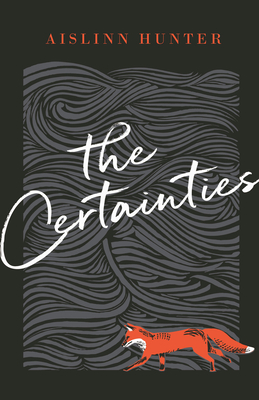 If you've been following my blog, you already know that I like epigraphs. One of the two that open this slim, sorrowful novel is by Federico Garcia Lorca:

Narcissus.
My sorrow.
And the likeness of my sorrow.

The same book will hook different readers in different ways. A philosophical, character-based story of refugees, with references to Roman mythology, already has several hooks for me. And then there's the description of an aging body.

I shift my legs in the bed and the left leg begrudges the movement. I know my heart isn't what it ought to be but the left leg's reticence these past months is a mystery. To will the body and have it refuse you is a strange thing because it makes you, like our friend Narcissus, see yourself doubly, as both self and obstinate other.

The narrator is a German Jewish professor fleeing the Third Reich with a unfinished manuscript in his briefcase and Ovid on his mind. It's 1940. After making it across the Spanish border, and while waiting for his fate to be decided by the authorities there, he addresses his thoughts to Pia, a small child he met by chance.

This was late June, when the roads out of Paris were a slow parade of cars, horses, carts and bicycles. And the occasional French soldier riding against the tide on a motorcycle, or walking dejectedly toward some town he'd left when he was a different man. Everyone was barking out news and all the news was contradictory. We are losing the war! We are winning the war! Though the German planes overhead and the German soldiers who sometimes strafed the fields or walked alongside us until veering off to secure the next commune told the true story.

In an alternating storyline set in 1980, a woman named Pia helps recover bodies from a shipwreck, the bodies of people who were obviously refugees. In the audiobook edition, two different readers delineate the switch back and forth.

War can change you utterly. You can become completely unlike your previous self. Powerless. Stateless. A refugee. Our only certainty is our mortality. In this understated and mournful novel, readers are asked to bear witness.

Giller chances: MEDIUM HIGH - This one is likely to hover on the periphery of the longlist. I'm uncertain whether The Certainties will make the cut.