A Reading Life, Or, All Reading, No Blogging

I'd rather read than write, so blogging falls by the wayside sometimes. Then I'm sorry that I don't have a record of some of my favourite books this year. So here are a few notes about the amazing connections I've noticed between books that I've read in the last month or so:

Alex + Ada (by Jonathan Luna and Sarah Vaughn) is a 3-part comics series about sentient robots that I loved. Alex never wanted a robot but Ada is a gift from his grandmother. A complicated situation that turns out well in the end. Then I listened to the audiobook The War that Saved My Life (by Kimberly Brubaker Bradley; read by Jayne Entwistle) and the narrator is a crippled 10-year-old girl named Ada. She and her little brother are evacuated from London before bombing begins during the second world war and they get placed with a reluctant host, a crotchety single lesbian. It ends up being the best thing that could have happened to all three of them. (And I'm game for more heros named Ada.) 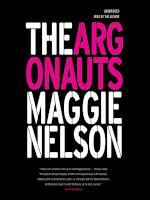 In The Thing About Jellyfish (by Ali Benjamin), a 12-year-old girl studies jellyfish as a way to understand her friend's death by drowning. She also follows the failures and eventual triumph of Diana Nyad, who successfully swam from Cuba to Florida. I hadn't remembered hearing about Nyad before, but encountered her name soon afterwards in The Argonauts (by Maggie Nelson). The Argonauts is an exciting literary memoir about motherhood and living queer; I listened to the audiobook read by the author and was tempted to start back at the beginning as soon as I finished it. Then I picked up Red Jacket (by Jamaican-born Canadian author Pamela Mordecai). Within the first few pages, when the central character Grace is still a small child, she encounters a jellyfish for the first time:

"'Well, it's never stung me,' Gramps say the day Grace ask him about the pretty purple-blue bubble lying on the sand at Richfield. It was the first day she put her eyes on so much water, big shining acres of it that blind her as the truck emerge round corner from the dark of the forest. 'However, I know plenty people who it sting and make well-sick,' Gramps continue. He sound serious, like parson at a funeral."

Red Jacket is set on a fictional Caribbean island, St Chris, and follows Grace from babyhood into her adult years, when she works toward a global strategy to combat HIV/AIDS. Another novel that I recently read was also set in the Caribbean and also revolved around family secrets: The Land of Love and Drowning (by Tiphanie Yanique) is a compelling saga set in the U.S. Virgin Islands.

As part of my job, I'm going out to schools to book talk the contenders for this year's Bataille des Bouquins, a French-language reading program for children in Grade 4 to 6. When I talk about Bine: L'affaire est pet shop (by Quebecois author Daniel Brouillette) I mention that Bine wants to catch the eye of the coolest girl in Grade 6, Maxim, who can burp the entire alphabet. Should I have been as surprised as I was to encounter another burping genius? One of the minor characters in Circus Mirandus (by Cassie Beasley) can burp the Greek alphabet. I listened to Circus Mirandus in audiobook, narrated by the incomparable Bronson Pinchot. It's a charming tale about believing in magic.

Okay, I'm going back to my books now. Thanks for stopping by my blog.
Posted by Lindy at 12:05 PM 2 comments:

On November 16 in 1885, Louis Riel was hanged for treason. There will be a commemoration ceremony to pay tribute to him today at the Alberta Legislature, starting at 11 am. It is Metis Week in Edmonton: see details of events online here.

The following review was part of a longer post that I wrote three months ago when my reading project was book bingo.


I grew up on an Alberta farm in a francophone community that was originally called St Paul-des-Métis. When I was younger, I thought all Canadians considered Louis Riel to be our greatest national folk hero. And that Gabriel Dumont, Riel's general in the 1885 rebellion, was famous too.

When I began working at Edmonton Public Library in 1989, I signed up a brown-skinned young woman for a library card and made a comment about her historic family name, "Dumont." She looked at me blankly. I said, "Gabriel Dumont." Still nothing. After telling her we had books about him in the collection, I proceeded with the library card. Later, I quizzed Edmonton friends and colleagues and discovered that Dumont, and even Riel, were not as well-known as I had assumed.

There are other books about Riel and Dumont, but Marilyn Dumont's latest collection of poetry does something different. With potent, dexterous verse, it connects contemporary lives to Canadian history.

"Upon discovery that our Gabriel, Gabriel Dumont Senior, our great-great-grandfather and uncle of the famous Gabriel, had held the position of leader at Lac Ste. Anne, I finally understood why our family's annual summer visit to the pilgrimage was so important to us."

In Dumont's poems, Louis Riel is sometimes 'Louis' and sometimes 'Riel,' but Gabriel Dumont is referred to always by first name: either 'Gabriel' or 'Gabe.' Riel is 'Our Prince' - "Louis / the one who gave us Manitoba / brokered pluralism / and language rights."

Women are in these pages too, nurturing other humans and the earth, their needlework like prayers.

A photo of Elizabeth Brass Donald is referenced in 'The Land She Came From.' She was one of the victims of land swindles that are a part of Edmonton's early history: "crow woman dig down / scrape away the layers / of sleeping memory / down to the stake lines of river lots / in Rossdale and beyond / far down to the Métis family names / still breathing there: Donald, Bird, Ward [...]" 'To a Fair Country' is about wholesale land thefts through "official trickery:" "I want to forget the number of Métis / less than one percent / who hold property from that scrip today."

Much hardship is summed up in a few words in 'Letter to Sir John A. MacDonald' - "we were railroaded / by some steel tracks that didn't last / and some settlers who wouldn't settle."

Language is another aspect of Métis culture: "neither Cree, Salteaux nor French exactly, but something else / not less / not half / not lacking" - 'These Are Wintering Words'

The Pemmican Eaters is a history book with so much heart, and it's one I would have loved to suggest to that young library patron back in 1989. I will recommend it widely from now on.

What can I say about Marilynne Robinson's Lila except that I love her writing style so very much. Beth Kephart wrote about what is meant by beautiful writing in her blog post about Lila last month. Kephart herself is no slouch in the writing department, and I encourage you to read her thoughtful words.

Following are just a few excerpts from Lila that capture the distinctive voice of the main character and the philosophical nature of the prose.

"The days came and went on their own, without any praying about it. And still, everywhere, meetings and revivals, people seeing the light. Finding comfort where there was no comfort, just an old man saying something he'd said so many times he probably didn't hear it himself. It was about the meaning of existence, he said. All right. She knew a little bit about existence. That was pretty well the only thing she knew about, and she had learned the word for it from him. [...] The evening and the morning, sleeping and waking. Hunger and loneliness and weariness and still wanting more of it. Existence. Why do I bother? He couldn't tell her that, either."

"Plenty of times he was called away to do what he could where comforting was needed. The last time it happened he came in the door after midnight, grumbling to himself. He said, 'Asking a man to apologize on his deathbed for the abject and total disappointment he was in life! that does beat all." He took off his hat. 'So I took them aside, the family. And I said, If you're not Christian people, than what am I doing here? And if you are, you'd better start acting like it. Words to that effect.'"

"The old man always said we should attend to the things we have some hope of understanding, and eternity isn't one of them. Well, this world isn't one either."

It is rare for me to read a novel with all-out positive portrayals of Christian religious figures, and I appreciated that very much. Yet I, a former Catholic and now non-Christian, also felt a strong negative reaction to the story's Christian underpinnings.

"There was no way to abandon guilt, no decent way to disown it. All the tangles and knots of bitterness and desperation and fear had to be pitied. No, better, grace had to fall over them."

The section quoted above is an example of what troubled me. The whole issue of guilt, of original sin. Of whether or not it is necessary to be absolved by a higher power. We had a great discussion about this at my book group meeting last month. I adore a novel that can engage me so fully, as this one has. And Lila is a character that will remain close to my heart.
Posted by Lindy at 9:02 AM No comments: