Swimmers in Winter by Faye Guenther 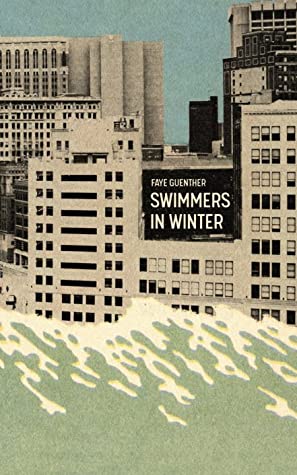 This collection contains three pairs of astute stories about Canadian lesbians, the first one starting in the 1940s and the final one taking place sometime in our future.

In the title story, lesbian women live an underground life in Toronto, constantly in fear of exposure and arrest, because homosexuality is illegal. It's told in first person by Florence, a promiscuous musician and songwriter who sometimes longs for the company of her ex-girlfriend, a singer named Magda. The next story, 'Fight or Flight,' takes place about 55 years later, in the voice of Magda as an old woman. She looks back on her youth, a time when she took care to guard her heart.

But no one could own me. That was what I promised myself every night, on and off the stage. I was my own keeper, my own maker, and it would always be that way.
Life has its own current, though. No matter your will, there's the rush and the undertow. The truth is that I'm not a swimmer. If I learned how to stay afloat, it was only because I knew what drowning felt like.

The second pair of stories follow women working blue collar jobs, in restaurants and as a security guard. Secrets confound their romantic entanglements. As in the other pieces in this book, the characterizations are vivid. The way exterior forces influence their interior lives is palpable.

The final diptych begins with 'Opened Fire,' about a soldier returning from Afghanistan. Carmen has PTSD and struggles with re-entry into civilian life. Canadian laws have changed since the settings of earlier stories in this book, but lesbians still aren't widely accepted in in the small town where Carmen grew up. When Carmen and a new friend from her running group decide to go on a first date, they choose a bar that they hope will feel welcoming. Carmen's brother tells her:

"Of the four in town, it's probably the best one. It had one of those rainbow flags in the window for a weekend in June, last year. I mean up on the Friday evening, and down by Sunday night, but still."

There's a passage in 'Opened Fire' that reminded me of what it was like when I temporarily couldn't read because of anxiety during the first couple of months of the COVID-19 pandemic this year.

Carmen loved the way Aurora peered at a book like it held a mystery, like it gave her some comfort. Carmen missed that for herself. She missed being able to concentrate on words and a make-believe world without the memories pummelling down, without images leaping in her mind, scrambling her vision and making her forget what she'd just read. Books and reading were a luxury, gifts she wanted back. She wanted her life back.

The final story, 'Flood Lands,' takes place in a post-apocalyptic future landscape. While each of the paired stories have links, I found the connections between the final two the most pleasing of all: a flood; a baby; literacy; and two women named Carmen (the second is the first Carmen's great-great-niece), who get around on two wheels.

I enjoyed all of these for their character studies and the way they covered a spectrum of queer women across a century of time. The format is also structurally appealing; I don't remember ever reading sets of diptychs before.

Giller chances: MEDIUM LOW - It's a promising first collection. I hope to see more stories or a novel from Faye Guenther in the future.