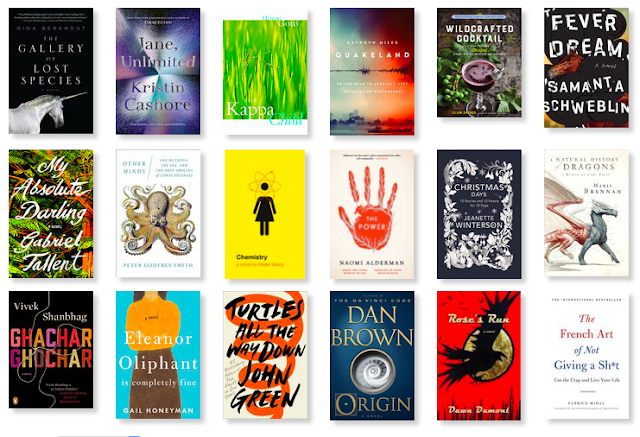 Highlights of the best books I read this month:

The Kappa Child by Hiromi Goto

"I just want to have a normal family! But I'm always tossed into this tornado, this Wizard of Oz meets Godzilla at The Little House on the Prairie." A lesbian protagonist + a dysfunctional Japanese immigrant family + a southern Alberta setting + supernatural beings + inventive prose = an emotionally rich novel that I loved.

"People say 'childhood' and 'adulthood' with such absolute conviction. Like they are two entirely separate rooms of the four-room bungalow of life."
"Not everything is visible to the human eye, or the human heart. Our bodies are over 70% water. And the rest, memories."
"We sit in the clock-ticking silence and drink shitty coffee."
"I leave pieces of my terrycloth housecoat on a stretch of tangled fence but what I don't realize is that I leave a huge trail of dispirit which meanders everywhere I walk. When the farmer tries to plant some winter wheat in the fall, nothing will grow and paranormal investigators will bring extra money into the sagging economy."

Poignant and funny. A woman juggles the expectations of her Chinese immigrant parents, her ready-for-marriage boyfriend and her PhD studies advisor - all while suffering crippling indecision. Written in present tense, like observing the slow changes in a scientific experiment. The double-meaning of the tiles is a good example of the author's fresh, intelligent voice. I love her writing style and all of her tangential connections to science in her attempts to make sense of herself. It was also nice being reminded of how much I loved chemistry, my favourite subject in high school.

"Books that he likes: Heart of Darkness, The Stranger, The Trial. Books that I like: none of the ones that he likes."
"My mother has a theory about hair. It is that the longer hair grows, the dumber a person becomes. She warns that too much hair will suck nutrients away from the head and leave it empty."
"Some people suffer externally. The dog, for instance, yelps in pain whenever we leave him alone in the house, even for one minute. His suffering takes him to the closet, where he hides and cowers until we come back, one minute later.
What must this feel like? The closet. So I go in there and wrap my arms around my knees. It feels as you would expect - epiphany-less and full of clothes."
"She has a list of publications so long that when I scroll to the bottom, there is a button that says next.
Next is overrated, I say to the dog.
Here is me not clicking next. Here is me closing out of the web page. Here is me reopening the web page, clicking next, and then telling the dog, Not a word to anybody, not even to your squirrel friends."

An endearing character with a unique voice and a tragic backstory; a handful of memorable supporting characters; mental health challenges and a Glasgow setting: this fresh and funny debut novel reminded me of Wang's Chemistry and it has got everything going for it. It's completely fine. The audiobook narration by Cathleen Mccarran just adds to the pleasure.

"The barman had created strange enormous holes in his earlobes by inserting little black plastic circles in order to push back the skin. For some reason, I was reminded of my shower curtains. This comforting thought of home gave me the courage to examine his tattoos."
"... and in her spare time she makes hideous jewelry, which she then sells to idiots."
"'Nine years, and you've never had a day off sick, never used all your annual leave. That's dedication, you know. It's not easy to find these days.'
'It's not dedication,' I said. 'I simply have a very robust constitution and no one to go on holiday with.'"

I noticed early on that this one is distinctly different from Green's other books, in that it's more sensitive in tone. The witty banter is absent, replaced by the amusing steamrolling monologues of best friend Daisy, who writes Star Wars fan fiction. (Love her!) Green has said that the crippling thought spirals experienced by his main character Aza closely resembles his own OCD. It all feels very authentic and this is why it's my new favourite of all his novels.

An unexpected delight: there's a tuatara in this novel! That's more exciting than turtles. I want tuataras all the way down. I've been excited about tuataras ever since my visit to Invercargill in 2002. I'm going to be in Wellington, New Zealand next week, and I'm hoping to see them at Zealandia there.

There's also a weird connection with the audiobook I listened to just prior, Eleanor Oliphant Is Completey Fine: both talk about drinking hand sanitizer. I don't remember ever encountering this activity in fiction before. Is it a reminder from the universe about alcohol consumption?

"Our hearts were broken in the same places. That's something like love, but maybe not the thing itself."
"True terror isn't being scared; it's not having a choice on the matter."
"You're both the fire and the water that extinguishes it. You're the narrator, the protagonist, and the sidekick. You're the storyteller and the story told. You are somebody's something, but you are also your you."
"The problem with happy endings is that they're either not really happy, or not really endings, you know? In real life, some things get better and some things get worse. And then eventually you die."

Wow! There's been a lot of fuss about this one and now I know why. Also, it's evident why there are comparisons to Margaret Atwood's The Handmaid's Tale. An intellectually stimulating exploration of gender and power, making good use of the frame narrative device. Plus, it's an outstanding audiobook experience with multiple narrators.

"It doesn't matter that she shouldn't, that she never would. What matters is that she could if she wanted. the power to hurt is a kind of wealth."
"Gender is a shell game. What is a man? Whatever a woman isn't. What is a woman? Whatever a man is not. Tap on it and it's hollow. Look under the shells: it's not there." 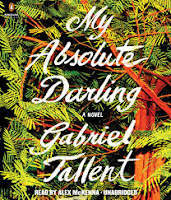 Unforgettable characters doing horrific things. It's the kind of situation that stomps your heart to shreds if you're a reader who experiences novels as if you're inside the action (as I do). It reminded me of Dorothy Allison's Bastard Out of Carolina, and since I keep a special place in my heart for that book, I kept going. The two are just as hard to read, emotionally.

I did almost bail on this in the very first chapter because of the father's misogyny - and the daughter's resultant misogyny - even though I could see that it's the point of the story. Then I nearly bailed in the third chapter on account of the father's cruelty. I had to speed up the audiobook playback in order to reduce the visceral impact. That trick with the audio is a bit like peeking through your fingers while watching difficult scenes on film. Less time for the words to sink in to the point of hurting. It's all worth it in the end.

"She leaves parts of herself unnamed and unexamined, and then he will name them, and she will see herself clearly in his words and hate herself."
"She just wants to build a garden and water it and have everything grow and everything stay alive and she does not want to feel besieged."
"He is saying, 'I am in love with George Eliot! My god! Middlemarch! That is a motherfucking book right there! Such a book--! She has a wonderful, broad, generous style; she writes the way I want my letters to Congress to sound, you know?'" [This is from the character Jacob, who, along with his friend Brett, are kind of like puppies bringing humour and playfulness into a grim story.] 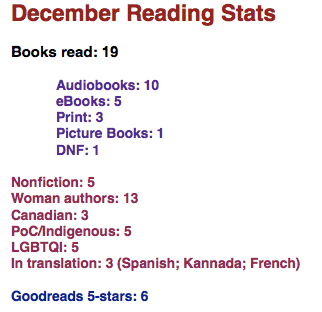