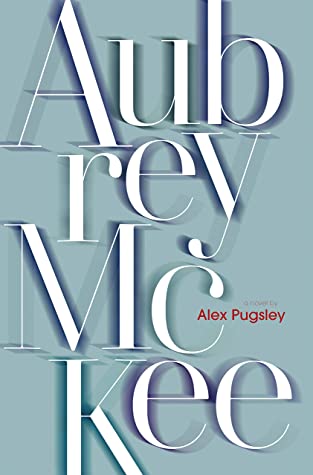 As you would expect from a book titled with a person's name, this novel is deeply character-based. Even the city of Halifax is a character here. Everyone, including the city, is full of surprises. The story is told in first person chapters that can also be enjoyed as standalone short stories. The timeline starts when Aubrey was five. He ran away from one of his sisters' birthday parties and met a strange child named Cyrus Mair.

I thought him reckless and exuberant and smart. He was fabulously weird. I wanted to know what he knew. I couldn't really guess what he was dreaming up in his mind, nor what games and inventions occurred there, but I liked him. His world was in a constant state of becoming, and this September afternoon was the beginning of a fascination that would last a sort of lifetime for me because, even if I didn't know what I wanted, like everyone else I would not be able to stop paying attention to the creature known as Cyrus Mair.

Cyrus becomes not only a friend but an inspiration. Aubrey comes to understand that what you choose to believe in can determine what you become. He spends his growing up years floundering, trying to understand other people, such as his English teacher, Theo Jones.

He is working, he tells me, on a long poem. "Miranda," it's called. He keeps his drafts and fragments in a wooden box on his desk. the box, as I contemplate it now, seems like a piece of his own personality, so confidential it is, so worn with care. "I've been working on it for eight years," he adds. I nod appropriately but privately I think: Eight years? To a thirteen-year-old it's more than half a lifetime. On one poem? A poem was homework you did between TV shows. What was it doing taking eight years? I walked away reverential, astonished at Mr Jones's conception of his own poetry, yet to my young mind there was something odd and flawed about the enterprise.

Mr Jones sums up Aubrey -- and the point of this novel -- in a comment on Aubrey's report card:

"A vivid mind slowly coming to grips with itself --Theo"

An oddball cast weaves in and out of the narrative. Much alcohol is consumed.

My mother grabbed a plastic juice glass from the dishwasher and poured herself four fingers of white wine. "They're anti-war, you know, these people. Flower children. They think anything's possible. The wife's a women's libber. Vivien. But very sweet. Him? I'm not so sure. Wes is the saintly type. Wants to do good. Like build a barn for mentally retarded kids in New Brunswick." She tossed back half the wine. "Sure. Why not? But what are they going to do with a barn -- shear sheep? Honest to God. Be careful of these so-called saints, children. Believe me, people who act like saints -- a lot of so-called saints are trouble. Living in a dream world."

A strong sense of time and place is created using cultural references like Pixy Stix and Lik-a-Stix candy, drinking Orange Crush and Kool-Aid, his sisters "stockpiling Barbies in a velvet Crown Royal bag," the smell of Tide laundry detergent, and watching 'The Six Million Dollar Man' on TV. Music plays an important role too.

The last year I live in Halifax, the winter I decide to leave the city for good, I arrive at the Palace much more drunk than sober. I am twenty-two years old and grief-struck by the recent death of a friend. So I stare at the giant video screens on the walls. I am watching the music video for The Police's "Wrapped Around Your Finger," sort of trying to figure out how Sting can be dancing in slow motion in a maze of tall candlesticks while his lips are in sync with the song, which is not in slow motion, when I become aware of someone beside me also watching Sting. It's Theo Jones, holding a beer to his chest, and swaying slightly. He is past forty now, but looks roughly as he once did, though puffier and shorter.

Unfamiliar (made up?) words make perfect sense in context, like when Aubrey talks about his uncle Lorne growing a "greebly" moustache. Lorne is only eight years older than Aubrey. He came to live with them when "Nanny and Dompa, living Montreal, were moving into some marital hurly-burly." When Lorne reaches adulthood, he can no longer bear living in Halifax. He tells Aubrey:

"This burg --" He sighed as if unable to delay a judgment that had become screamingly obvious. "It's like living in the Bottle City of Kandor. It's so cut off, it's bogus. It's beyond bogus. It's so bogus, it's rogus. It's an embarrassment of rogusness. And everywhere fossified. Fwa!"

It takes nearly 400 pages to get there, but eventually, Aubrey has had enough of Halifax too. Sometimes the bantering wordplay between Aubrey and his friends gets to be a bit much, but it's an enjoyable experience overall. I've now lived an alternate Nova Scotia childhood and adolescence, and I've met vivid characters who will live on in my head.

Giller chances: MEDIUM HIGH - Not only is this the kind of literary fiction that you can really sink into, it also contains layers that reward rereading.