The River by Helen Humphreys 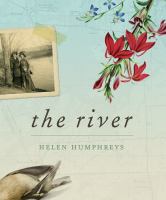 Humphreys documents Depot Creek, the river near her home in Ontario, across years and across seasons.

"The test for how to tell if it's too cold for swimming is to plunge your hand into the river and if the bone in your wrist aches, then the water is too cold to enter."

"The British naturalist and writer Roger Deakin once said that watching a river is the same as watching a fire in the hearth. Both are moving and alive, and the feeling from watching them is a similar one." That feeling is beautifully evoked in The River.

Throughout the book, Humphreys incorporates fictional vignettes based on true stories, similar to those in her earlier nonfiction / novel / short story collection, The Frozen Thames. In The River, these all have environmental themes. They feature characters like a 19th century plume hunter, froggers, hungry boys shooting robins for their supper, and children catching fireflies for NASA in 1965. Two London women joining forces in their opposition to the barbaric fashion of feathered hats. Teenagers cooking at a frog festival where local population depletion necessitates frog leg imports from Indonesia.

"The blackbird sings after every sip of water."


The River makes my soul sing.
Posted by Lindy at 8:59 AM No comments:

It's the time of short days and long nights in Edmonton. Join me in an escape to tropical island settings, creole cultures and vibrant socio-political histories with these novels by Caribbean authors. 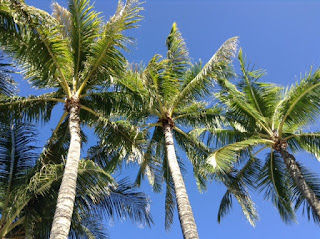 In the Time of the Butterflies by Julia Alvarez
A novel of political oppression based on the real lives of sisters who were martyred in 1960 during the rule of General Trujillo in the Dominican Republic.

Land of Love and Drowning by Tiphanie Yanique 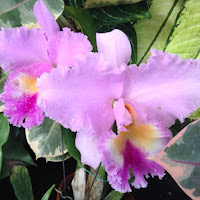 A lush intergenerational epic that begins in 1917 when control of the Virgin Islands were transferred from Denmark to the USA.

The Polished Hoe by Austin Clarke
A woman's confession of murder in 1952 Bimshire (Barbados) leads to a moving exploration of the island's rich and tragic history.

The Long Song by Andrea Levy
In a wry, saucy voice that brooks no nonsense, July Goodwin tells of her life that began in slavery in the 1800s on a Jamaican sugar cane plantation. My longer review is here.

Moving Forward Sideways Like a Crab by Shani Mootoo
Jonathan's search for a parent he hasn't seen since he was nine takes him from Canada to Trinidad in this moving portrayal of gender identity and the immigrant experience. My longer review is here.

Claire of the Sea Light by Edwidge Danticat
A radiant portrait of a Haitian community, told in interlinked stories that center around a seven-year-old girl who disappears from her village. My longer review is here.

This Is How You Lose Her by Junot Diaz
Yunior, the irresistible Dominican Don Juan with a foul mouth, whom Diaz introduced in his earlier books, returns in many of these dazzling stories. I previously reviewed another of Diaz's books, The Brief Wondrous Life of Oscar Wao.

Cuba, My Revolution by Inverna Lockpez and Dean Haspiel with Jose Villarrubia
A fictionalized memoir by a woman whose idealism at 17 gradually faded after Fidel Castro came to power in Cuba. Told in graphic novel format with blocky, surrealist artwork in shades of grey and red. My longer review is here.

A Brief History of Seven Killings by Marlon James
Winner of the Man Booker Prize, this story centers around the attempted assassination of Bob Marley. The audiobook, read by an ensemble cast, is an ideal way to experience the multiple voices and the Jamaican patois. A Brief History of Seven Killings also won the Green Carnation Prize, which is awarded to LGBT writers for any form of literature. My longer review is here.

I created this list for the Edmonton Public Library, where you can find it with live links  directly to the titles in the library's catalogue.
Posted by Lindy at 12:45 PM 1 comment:

Three books I've read in the past month have portrayed historical cruelty to southpaws. All three also feature lesbian characters, (none of whom are left-handed).

Meags Fitzgerald was born in Quebec in 1987. In Long Red Hair, she uses graphic novel format to tell how she has come to terms with her bisexual identity, including a dramatic coming out scene at her family's supper table when she was 16. As an adult, Fitzgerald was shown a copy of Heinrich Kramer and James Sprenger's The Malleus Maleficarum.

"It was published in 1487, the printing press was just invented so it became one of the first bestsellers. It spread the idea that people with abnormalities like birthmarks, moles, red hair, or left-handedness, were likely witches."

Fitzgerald's expressive inkwork in shades of gray and red captures the era and emotions very well. Grade 8 and up.

The Lie Tree by Frances Hardinge is an atmospheric mystery set in the mid-nineteenth century. Fourteen-year-old Faith's intelligence and curiosity about the natural sciences is routinely overlooked because she is a girl. Sneaking around is her only recourse to knowledge. Her father, the Reverend Sunderly, has brought many rare specimens back to England from China, but none are as unusual as the mendacity tree. It's a plant that feeds on lies.

Faith looks after her 6-year-old brother Howard after their family's fortunes take a sudden change. She often has to wrestle him into his special jacket. "Howard loathed the jacket, which he had to wear for all his lessons. The left sleeve was stitched to his side, trapping his left hand in his pocket so that he could not use it." Howard must learn to write with his right hand before he is sent to boarding school, but he would rather not go to school at all. It makes Faith so angry because she would love the opportunity to study beyond her father's library.

When her father is found dead under questionable circumstances, Faith gives up on being a good girl. "She did not feel hot or helpless anymore. She felt the way snakes looked when they moved." She is determined to find the truth.

This is a novel with a wide age-range appeal, and I hope other adults will pick it up. Grade 5 and up.

I wrote about Kimberly Brubaker Bradley's The War that Saved My Life in a previous post. There was a puzzle partway through the story about why Ada's little brother Jamie was coming home with bruising and wounds on one wrist. It turned out that his teacher was tying his left hand to his chair to prevent him from using it. When she was asked why Jamie couldn't use that hand, she said:

"Everyone knows that's the mark of the devil. He wants to write with his left hand, not his right. I'm training him up the way he's supposed to be."

This is another children's story that will appeal to adult readers, particularly if you are looking for an audiobook for a family car trip. Grade 4 and up.
Posted by Lindy at 8:20 AM No comments: