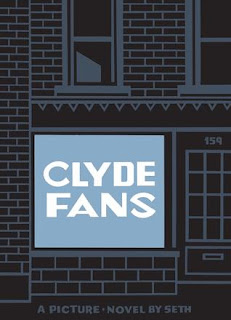 Clyde Fans by Seth
Drawn and Quarterly, May 2019

An ambitious, insightful "picture novel" about the inner lives of two brothers who own a family business.

Let's get format out of the way first. 2020 is the first year that graphic novels are eligible for the Scotiabank Giller prize, and the jurors have included Clyde Fans on the current longlist. To anyone who thinks graphic novels aren't serious literature, you are seriously behind the times. That viewpoint was proved invalid in 1992, when Art Spiegelman's Maus won a Pulitzer. Words and pictures together are a powerful way to communicate stories. Onward.

The story opens in 1997, but most of the action takes place in the 1950s. The atmosphere is steeped in melancholy. Neither of the brothers in this dysfunctional family is actually suited to salesmanship. Both men were resistant to change, and their Toronto business eventually failed when electric fans became obsolete. What gives this book such emotional resonance is its deep excavation into the lives of ordinary people. It also explores memory, the passage of time, and the power in the objects we collect.

Seth's meticulous art style evokes 1950s nostalgia, while telling a story about the dangers of dwelling on the past. The colours are somber blues, greys and black on brownish paper. 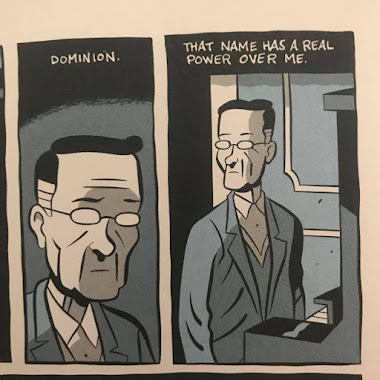 Clyde Fans is a sophisticated, layered, existential masterpiece. I'm glad that some sort of special dispensation has allowed this book to be considered for the Giller, even though it was published outside of the eligibility timeframe.