Yes, Black History Month has come and gone, but anytime is a good time to celebrate Black authors. In today's round-up, you will find books, audiobooks, graphic novels and a picture book. The primary audience for these books ranges from kindergarten to middle school, to teen, to adult. No matter your age, if a book interests you, then go ahead and read it! There's fiction, poetry, history, biography, memoir and short stories, starting off with two Canadian titles.

Dystopian coming-of-age in an alternate Earth, with injustices that mirror and amplify our own, including a caste system based on skin colour, and the colonial oppression of Indigenous people. A moving novel with vivid characters and setting, plus a strong plot. Perfect for fans of Malorie Blackman.

“Gutter folk are poor in position, but don‘t nobody do family like us,” she says. “And we don‘t have to be family to be family, if you know what I‘m saying. Wherever we are, we find family.”

A forewarning note from the author: "This book is a work of fiction that explores a perilous world rooted in injustice. As in life, the effects of injustice impact many of the characters. Take care with your heart and your mind as you read. Pause and rest as required. These are difficult times." 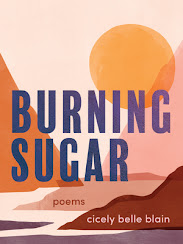 A beautiful collection of fierce, tender poetry that shows how travel, art and childhood layer into the complex life experience of a queer Black femme Canadian poet.

Cicely Belle Blain will be guest writer at the NTNU conference "The Poetics and Ethics of 'Learning With'," on Wednesday March 31, 2021. It will be in webinar format. More information is here.

the hardest thing about decolonization:even the air we breathe has been colonized

Four Hundred Souls: A Community History of African America, 1619-2019 edited by Ibram X Kendi and Keisha N Blain
Audiobook read by various (many, many: it's a veritable who's who in audio narration)

A vital anthology by 90 Black writers—scholars, activists, journalists, novelists & poets—who have each taken on a 5-year segment in this “Community History of African America” covering 400 years: 1619-2019. The ensemble creation is diverse, spirited and potent. I highly recommend the audiobook edition with its varied cast and special effects between pieces!

While some nations vow to never forget, our American battle has always been about what we allow ourselves to remember.-Wesley Lowery, The Stono Rebellion 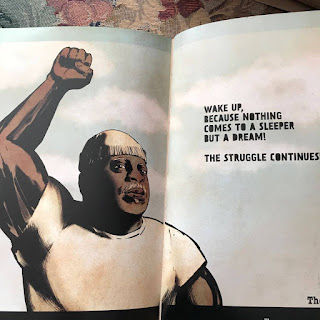 An excellent comics format history about a particular example of standing up for justice in America: the Attica prison uprising in 1971. Jared Reinmuth wrote this together with Frank “Big Black” Smith, who was a calm central figure among the inmates at that time. Governor Rockefeller sent in troopers who killed 39 people with 2,000 rounds of expanding bullets. French artist Améziane captures the heartbreaking drama and aftermath in somber tones with lots of deep black. 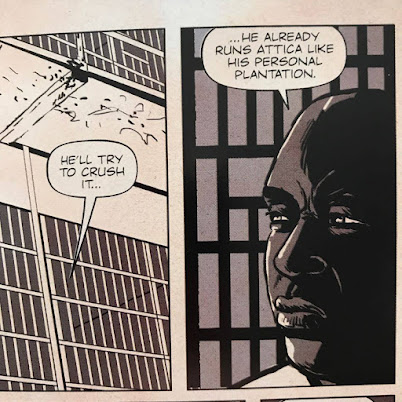 With the introduction of the archaic Rockefeller drug laws, and for-profit prisons, mass incarceration has exploded. In 1971, New York State laid claim to 12 prisons and 12,500 prisoners. In 2000, when the case was settled, that number had ballooned to 72 prisons and 72,500 prisoners, ravaging poor communities of color and making the Attica prison uprising a story for today. —Daniel Myers, Esq. Attica Brothers Legal Team, 1974-2000

A smart, funny graphic novel that picks up where Jerry Craft‘s award-winning New Kid left off: Drew is back at Riverdale Academy, one of only a few Black students. Friendships, social class disparities, romance, shadeism, and the micro aggressions of racism are just some of the issues Drew juggles in 8th grade. An added layer of enjoyment comes in the form of the double-page spread at the start of each chapter: they are puns referencing other middle grade graphic novels. 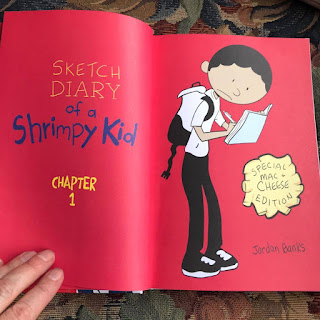 I expected this would be high quality, based on Angie Thomas‘ previous books. It‘s a prequel, though, so I also expected some been-there-done-that reaction on my part. I planned to listen to 30 minutes before bed. Instead, I listened to 3 hours and even then had to be stern with myself to get some sleep. The next day, I was eager to return to it. It‘s that good. Gripping storytelling and believable characters, plus the excellent audio narration by Dion Graham.

Don‘t let the cuteness fool you. Babies straight up thugs. Don‘t give a damn what you going through.

The Black women, teens and girls in these short stories aren‘t all church goers, but they are all affected their upbringing within church lady culture. They struggle against societal norms and deal with racism and shadism. My favourites are 'Snowfall,' about a disconnected and lonely lesbian couple who‘ve moved to a northern climate; and 'Jael,' who may live up to her Biblical namesake. 'Peach Cobbler,' too… how can I pick? All nine stories are great! Note: it's in Hoopla at the public library.

You can‘t save me because I‘m not in peril.

In the south, the weather does not hurt you down to your bones, or force you to wake up a half hour earlier to remedy what has been done to your steps, your sidewalk, your driveway, and your car as you slept.

Unfortunately the zeal of the newly converted is bewildering to the children of the newly converted. One Saturday night you've got every blanket in your house draped over your head to drown out the sound of your mother's headboard banging against the bedroom wall as she hollers her soon-to-be-ex-best friend's husband's name. And the next Saturday night, she's snatching the softened deck of playing cards out of your hands because "Games of chance are from the devil."

Exquisite: The Poetry and Life of Gwendolyn Brooks
by Suzanne Slade and Cozbi Cabrera

Gwendolyn Brooks, the first Black person to win the Pulitzer Prize, began writing from a young age. This picture book biography shows how persistence and passion can be rewarded, even if jobs are hard to come by and poetry can‘t be counted on to pay your bills. Cozbi Cabrera‘s joyous artwork in acrylic paint has an airy sense of movement. An exquisite book for all ages.

“I was at my happiest, sitting out on the back porch, to sit there and look out at the western skywith all those beautiful changing cloudsand just to dream about the future,which was going to be ecstatically exquisite,like those clouds.” 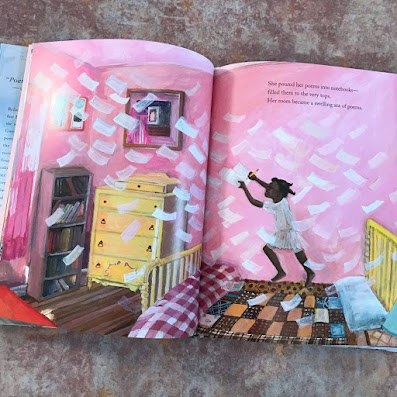 She poured her poems into notebooks—filled them to the very tops.Her room became a swelling sea of poems.

Surviving the White Gaze: A Memoir by Rebecca Carroll
Audiobook read by the author 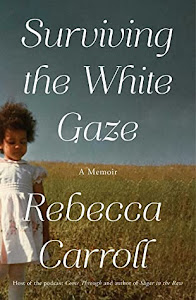 Rebecca Carroll takes a clear-eyed look back on her childhood and young adulthood in this moving memoir about growing up biracial in her white adoptive family, and being the only dark-skinned person in her New England community. Immersion in white culture didn‘t protect her from experiencing stark racism. Experiences like being told by one teacher that Black girls aren't pretty, and by another that Black students aren't smart.

Carroll was in her tweens when she met her manipulative white birth mother. The woman was pretty messed up. She did things like take Carroll out to nightclubs when she was only 11 years old, scolded her for drawing attention to herself, and told her that having a Black biological father and nappy hair did not make her Black. But society saw Carroll differently, and in this memoir she explores how she went about forging her own sense of identity.

The Hired Man by Aminatta Forna

“I guessed that Laura was one of those people who preferred the music of a lie to the discordance of truth.”

When a British family buys an abandoned house in the Croatian countryside in 2007, secrets long suppressed are drawn into the light. The taut prose, vivid characters and superb pacing make a gripping read in this story about the repercussions of civil war.

Fabjan had hired a new girl for the summer, who smiled at all the customers, which here is as disconcerting as if she walked through the streets singing.

Better mind your own business, chief, says my father (in those days he always called me chief). He gave me a shove. Don‘t forget, chief, never ask a question you don‘t have to, that way you‘ll live a lot longer. 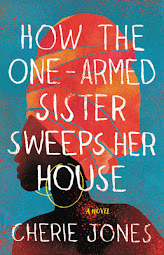 “Of course she did not leave him. What woman leaves a man for something she is likely to suffer at the hands of any other?”

We see the ugly underbelly of the touristy beaches of Barbados in this gut-wrenching tale of multigenerational family violence, poverty and crime. A visceral, haunting experience. This novel was recently longlisted for the Women's Prize for Fiction.

“A clean house is a clear head” was what Wilma always said.

[…] the men on the street used to watch her like she was the last drop of water in the land of thirsty.