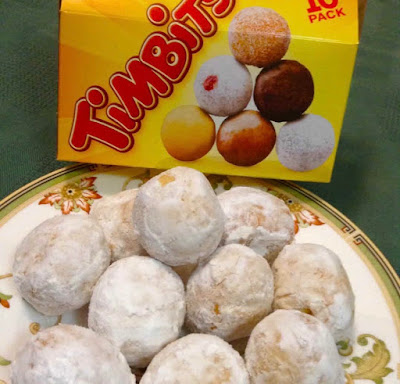 "Darwin came home before the children went to bed, Lorraine asleep already. He had brought Timbits, assorted. The jelly ones, the tiny perfect jelly doughnuts, made Clara cry. Because they were so perfect and Lorraine was dying. She had salt in her mouth and powdery, dissolving sweetness.
Dolly had climbed on Darwin's lap, and then Trevor, and they both had a good time crying, but it would not last. Like the pleasure of doughnuts only lasts for a second."

"i want to visit every tim hortons in northern alberta

so that homophobes can tell me sad things like
i love you
your hair looks nice
you have nice cheekbones
until someone kills me
and then the creator will write my eulogy
with phrases like
freedom is the length of a good rim job
and the most relatable thing about him
was how often he cried watching wedding videos on youtube."

"They drove and listened, stopping for gas at Swan Hills and passing the road map of her childhood. When they got to Grande Prairie, Bernice noted that it had really grown. On the highway into town there was a Tim Hortons and a Sawridge Hotel where the roller rink used to be."

"She puts the tray down, opens her black coffee to let it cool, and leaves her friend's Double Double for the taking." 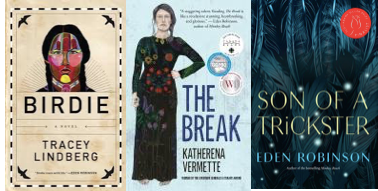 "On the way to Mills Memorial Hospital [in Terrace, BC], Jared bought his dad a twenty pack of old-fashioned plain Timbits and a coffee."

"Petronius Totem and Kamp Kan Lit were pillories on radio phone-ins, condemned from the
newsroom, from the pulpit, from the lecture hall of Tim Hortons and Coffee Time, from behind the cash registers at Value Village, and from both floors of the provincial and federal legislatures...an apoplectic lady columnist with unfortunate hair accused Petro of conducting 'a literary sex-slave colony' and demanded that he be 'kneecapped, chemically castrated, and forced to do community service.'"

"He was visiting his sister, still in the neighbourhood, and beside him was a boy of maybe five, his son,  the fattest eyes you've ever seen, although already he could posture, chinning me a quick hello in a way that made me laugh. We spent an hour together in the nearby Tim Hortons, drinking those slushy coffee drinks, beads of cold on their plastic cups. I ordered a doughnut for his son, and I kept watching, mesmerized, as the kid forked off all the icing to eat first."

-from Brother by David Chariandy, p 172
(Thank you to @YoDessa of new book in the house for bringing this one to my attention.) 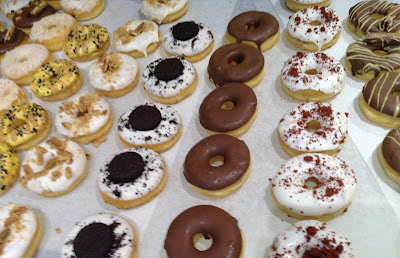 Update: Further references can be found in this more recent post: https://lindypratch.blogspot.com/2018/08/further-tim-hortons-references-in.html

I love this! I've made a whole list of books which have Tim Horton's cameos in them - I just add to it as I come across them while reading, but didn't think to add the actual quotations. I'll have to add your titles in too :)