The Girl Who Was Saturday Night by Heather O'Neill

Heather O'Neill, author of Lullabies for Little Criminals, has created another unforgettable Montreal narrator: 19-year-old Nouschka Tremblay in The Girl Who Was Saturday Night.

Nouschka and her twin Nicolas were famous from the time they were children because their father was a beloved Quebecois entertainer. Etienne Tremblay's star had faded considerably in the period leading up to the 1995 referendum. The twins never knew their mother, who was 14 when they were born. Instead, they were raised by their paternal grandfather, Loulou.

"Loulou never bought us new toys because they figured we could just play with Etienne's. Our stuffed animals were wretched. They had wanted to retire after Etienne. They had wanted to just chill out at the bottom of a toy box. They could barely hold their heads up and were missing eyes." 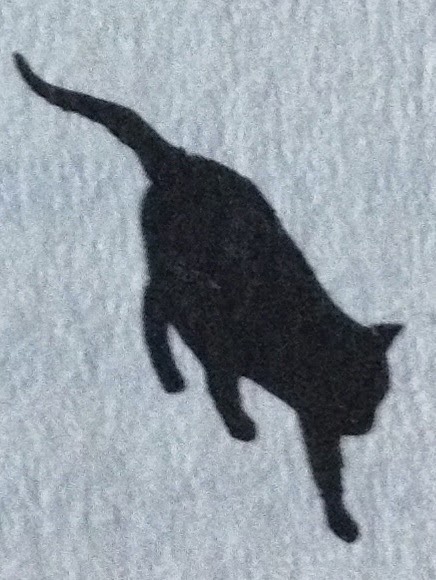 A charming silhouette of a cat graces the start of each chapter and an assortment of cats make cameo appearances throughout the text.

"A cat slipped in the window, lay on the bed and rolled onto her back happily. She had just been impregnated. She lay there on her back with her paws on her chest, reliving the evening nervously in her mind."

"A beige cat came down the stairs like caramel seeping out of a Caramilk bar." (Nouschka is fond of similes.)

"'My Christ of a coffee machine is broken, tabernacle of the chalice,' Loulou yelled out from the kitchen. Even after the decline of the Catholic Church, the Quebecois loved to use religious words in vain in almost miraculous ways."

"Adam was charming and spoke perfect French. Like many anglophones in Montreal, he actually spoke French better than we did. They knew exactly which verbs to use in the same way that people knew which utensils to use while eating at a fancy dinner. It was very proper because they learned it from books. They didn't know slang or how to curse. They didn't know how to do anything other than be proper and reserved. It was a state-sponsored, dry-clean-only French."

(For a French language example of Quebecois slang, check out the Tetes a Claques animation, "Les joies de l'hiver." It cracks me up every time.)

In Nouschka's world, the mirrors get into lousy moods and sofas grow floral upholstery. Everyone she knows is struggling to cope with everyday life, but Nouschka only wants to love and feel loved. Why is that so difficult, when the "most beautiful kisses in the world" are grown on Rue Sainte-Catherine?

"If you were spiritually inclined around here, it probably wasn't Sunday school that got you that way. Rather, it was a combination of hard drugs and deep injustice to yourself. It was the last resort."

One thing is certain: Nouschka cannot depend on anyone else to save her. She must do that for herself.

The Girl Who Loved Saturday Night is a treat: gritty and sweet and magical.

Readalike: Black Bird (Michel Basiliere). Also, for that mix of funny and heartbreaking, with more than a dash of quirky, the following Canadian authors might fit the bill: Miriam Toews, Emily Schultz, Jessica Grant, Greg Kearney, and Douglas Coupland.

p.s. Loulou was a storyteller. One of his invented stories reminded me very much of Katherine Rundell's historical fantasy for children, Rooftoppers (which I enjoyed but haven't reviewed). In Rooftoppers, a toddler is found floating in a cello case after a ship goes down in the English Channel. Loulou's tale was about twins on an ocean liner on their way to the World's Fair in Paris. The ship sank but the twins were saved by climbing into a floating cello case.
Posted by Lindy at 6:50 PM

Great review! I absolutely loved this book. The writing is gorgeous and Nouschka is a wonderful narrator. Such a strong second novel by O'Neill!

Thanks for your comment. As you can tell by my review, I loved this book too.