We're midway through 2014 already. I'm looking back on the books that I've read in the past six months. Shelfari tells me I've read 137 books so far. Here are two dozen of the best, with Canadian publication dates and links to my reviews. Asterisks mark those with queer content.

The Scatter Here Is Too Great by Bilal Tanweer (August 2014)

Living with a Wild God by Barbara Ehrenreich (2014)

Parrots over Puerto Rico by Susan Roth and Cindy Trumbore (2013)

Best Graphic Novel for All Ages in Translation:

Best Novel about a Translator:

An Unnecessary Woman by Rabih Alemeddine (2013)

Best Conclusion to a Beloved Series:

The Days of Anna Madrigal by Armistead Maupin (2014)* 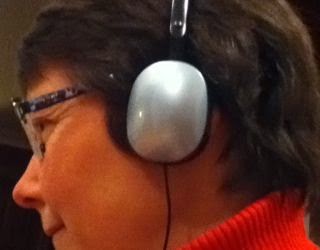 An Officer and a Spy by Robert Harris, read by David Rintoul (2013)
The Son by Philipp Meyer, read by Will Patton, Scott Shepherd, Kate Mulgrew & Clifton Collins Jr. (2013)

What the Heart Knows: Chants, Charms and Blessings by Joyce Sidman (2013)