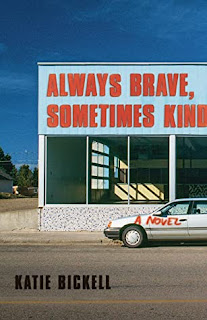 A jigsaw puzzle of a novel that appeals to my social justice warrior self.

Set in various parts of Alberta, we follow about 40 recurring characters as their lives intersect over the decades between 1994 and 2016. Painted in broad strokes, these people are nonetheless surprising: a saintly person who is closed-minded on one issue, or a mean person who does something selfless.

The two central families are multigenerational. One is headed by a medical doctor, a South Asian immigrant and widower, who lives in Edmonton. The other is headed by an Indigenous woman, widowed while her three children were still young, who lives on a First Nations reserve in northern Alberta.

The chapters are episodic pieces to a larger picture of interconnectivity. What I enjoyed most is the portrayal of Alberta's social fabric over time, and the way it has been affected by government policies and the vicissitudes of oil prices. It's a novel that touches on many social and economic issues such as missing and murdered Indigenous women, mental health, racism, protests at abortion clinics, gender inequality, online harassment, mad cow (BSE) disease, homelessness, the Temporary Foreign Workers program, the opioid addiction crisis, religious extremists, labour disputes (hospital support staff and teachers), minimum wage, and the rise of white supremacists in Alberta.

The most crucial issue of this novel has to do with what has been called the "Sixties Scoop," the four-decades-long governmental policy and practice of removing massive numbers of Indigenous children from their homes and placing them up for adoption or in foster care. "Private adoption agencies made a killing," as one of the characters points out.

Dolly thought of the first photograph she'd ever seen of her son. The child had been listed for adoption in a Keep Sweet magazine her visiting sister had brought up from Utah. There were three [siblings] pictured: wee little Jack with the sparkly eyes, a girl about the same age as Susan, and an older boy listed as Wilf. [...] The ad suggested Wilf as a good fit for rural families in need of free labour, but that the little ones were sweet and playful and all three were in excellent health. The children's mother had been recently widowed. In the section listing the reason why the Albertan government had apprehended the children it simply read: Impoverished.
[...] A Child Is Waiting, Jack's caption read. The Quentin family could have him for as little as four thousand dollars. Dolly so wanted another, and the boy obviously needed a home.
"It isn't right," Earl said at first, adopting a child like they were ordering a Chatty Cathy from Sears Roebuck. But Earl had always wanted a son, Dolly argued, and little Jack was from Alberta. That meant he was already one of their own -- they couldn't let him go to America or Europe or Timbuktu! So many little Indian children were being scooped up and scattered all around the world. Now that just wasn't right.

Righting historic wrongs is a theme that left me with a hopeful feeling after I finished reading Always Brave, Sometimes Kind.

Note: Thank you to the publisher for supplying a review copy.